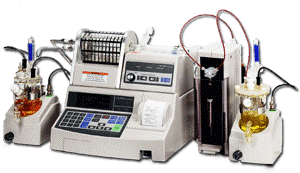 Comparison of CI and HT

Here, I would like to analyze a set of data from an instrument I use consistently at work. The data set is from an analytical technique called Karl Fischer Titrations by methanol extraction/dilutions. It is commonly used to measure the amount of water a liquid sample contains to help enforce the federal Resource Conservation and Recovery Act (RCRA). This information is then used to qualify whether or not the particular sample is considered aqueous or not and which other analyses should be performed on the sample. Generally, a sample that has greater than 50% (by weight) water content is considered aqueous and can be tested for pH (corrosivity) and metals (toxicity) determination. When the sample has less than 50% (by weight) water content, it is generally considered non-aqueous or organic and would be tested for flashpoint (ignitability) and be available for volatile or semi-volatile analyses. Misidentification of aqueousness can cause serious damage to instruments and waste money, time and sample unnecessarily.

Approximately one year of retrospective data (86 data points) was obtained from my laboratory in order to perform statistical data analysis methods on the 100% water standard data, herein referred to as the H2O population. With this real data set, I was interested in computing the general statistics of the population as well as computing the confidence interval and the hypothesis test for sample means of size n = 3. I also decided to investigate further, how the confidence interval and hypothesis test would change with increasing sample size. This paper will describe, illustrate, and compare the results found. All data and code can be found in Appendix A.

Initially, the original H2O population histogram looked normal, and the boxplot exhibited symmetry with four outliers. The Q-Q plot fits a normal distribution fairly well towards the center but not at the extreme ends. There was not a significant difference between the mean, median, or 0.10 trimmed mean values, 99.22, 99.42, 99.32, respectively, indicating that the shape of the distribution is fairly symmetric. The variance and standard deviation values of 5.364 and 2.312, respectively, do not seem out of the ordinary and are probably more influenced by the observed outliers. The theoretical water standard value of 100 fits well within the computed range of 92.40 to 107.35. Interestingly, the Shapiro-Wilk’s normality test of the H2O population provides a p-value of 0.01412, which is less than 0.05. Therefore, we can say that the data did not come from a normal distribution. 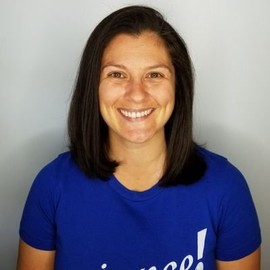